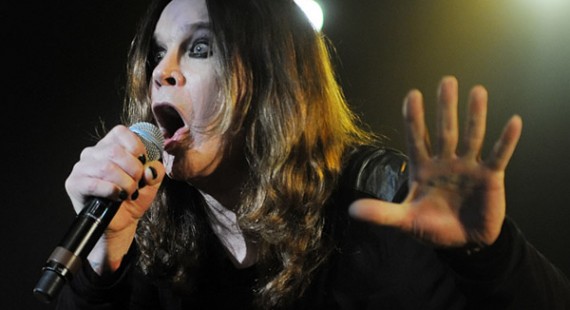 Ozzy Osbourne. Is there another name that so completely defies what science is trying to prove? How exactly has the lead singer of Black Sabbath managed to cheat death for this long? It’s about time somebody genuinely examined the facts — and someone is. Researchers at Cofactor Genomics have launched a study into exactly how Osbourne has survived so long and in the meantime, we’re taking a closer look at all the reasons Ozzy really should be dead long before now.

Oh, so many drugs. To quote the man himself, ““Given the swimming pools of booze I’ve guzzled over the years — not to mention all of the cocaine, morphine, sleeping pills, cough syrup, LSD, Rohypnol… you name it — there’s really no plausible medical reason why I should still be alive.” With most of his drug buddies from the past on that proverbial Stairway to Heaven by now, it defies belief that Ozzy has managed to choke down several centuries worth of drugs — and remain somewhat functioning.

2) …And other such things

Sometimes, it wasn’t just drugs that Ozzy was allegedly taking. On the legendary Motley Crue tour of 1984, Ozzy allegedly snorted a line of ants (whether they were alive or dead is left to your own speculation and imagination). Apparently Osbourne only found out about this when Motley Crue released an autobiography detailing the event.

3) The rock and roll lifestyle

Puns on the phrase “Crazy Train” aside, many rock stars wind up dying through accidents of their own doing as opposed to nefarious overdoses. Ozzy hasn’t been immune to this temptation, saying, “I once jumped out of a hotel window thinking it was the ground floor, but I was two floors up. I landed in a rosebush. I didn’t even get a scratch. I didn’t think I’d see 40 let alone 60. There’s no reason on earth I should still be alive.”

4. A Questionable Attitude to Hygiene

As well as all the other pretty nasty things the legend has been up to, he outdid himself twice on the Motley Crue tour — once apparently downing at a puddle of urine like it was lemonade, and another time allegedly spreading a whole lot of his own feces across the walls of the hotel room he was staying in. I would have paid money to see the maid’s face the next day. Money which would have presumably gone towards their therapy.

It’s one of the most infamous moments in the history of rock. A seventeen-year-old fan throws a bat on-stage as Black Sabbath perform, and Ozzy bites it’s head off (whether it was alive at the time is up for debate, although the boy who threw it on stage said it was dead when he arrived). Apparently, he was under the impression that the bat was rubber, but either way he had to be treated for rabies soon afterwards (Ozzy, not the bat).

As his wife Sharon detailed in an interview, Ozzy and his spouse were caught in an inferno after Sharon Osbourne left a candle burning. She said of the event “Ozzy’s front of his hair from (his ear down is), gone! His eyebrows (are gone)… he’s got like, skinned cheeks. We are, like, two idiots, it was like The Three Stooges… Everything you are not meant to do – go to bed with candles alight, open the doors and put water on – we did it all.”

While he was presumably enjoying a leisurely ride around his estate on his ATV in 2004, Osbourne was apparently thrown off the vehicle and wound up breaking his neck. In fact, he actually stopped breathing until his quick-thinking bodyguard resuscitated him. He was fine in the end, but it’s another head-scratchingly close call for the rock star.

No, he’s never been a member of a suicide cult (to our knowledge), but it seems unsurprising that religion has bitten back at the “prince of Darkness”. While Black Sabbath were playing a gig in the 1970s — the height of their criticism by the religious right for promoting Satanism and suicide and other such bad “s” words — a religious attacker apparently jumped on-stage and swung at the band with a ceremonial dagger before being removed from the premises pretty forcefully.

9. The Worst Hangover Ever

Have you ever woken up hungover and a bit disorientated after a particularly heavy night? Then you’ll probably understand where Ozzy was coming from when he allegedly stumbled out into a packed-out highway, narrowly avoiding being mowed down by a collection of passing cars. That would take your mind off your sore head assuming you were still alive to have a sore head.

In 1982, while traveling between destinations on tour, Ozzy was in a bus on the road while Black Sabbath guitarist Randy Rhoades was with the bus’ driver in a small aircraft nearby. As the plane flew low over the bus, it wound up clipping the top and killing both of the passengers — while Ozzy was left, as ever, unscathed.