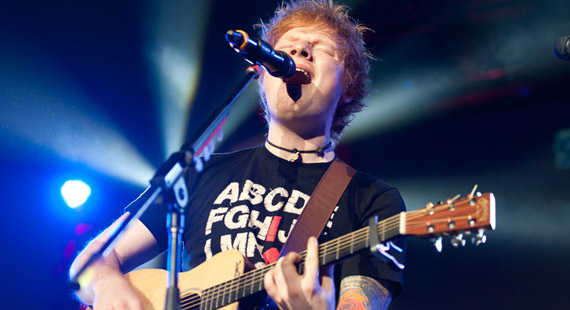 America is widely considered to be the birthplace of all modern popular music. And even when Beatlephiles, British Invasion geeks and classical/jazz zealots claim the mantle for their own camp, nobody can deny the business of selling music as the product of almost-supernatural stars, the model we’re all familiar with today, is every bit as American as the star spangled banner. For much of the 20th century (including today) the United States remained the keeper of true musical starpower. Even it’s cities — New York, Los Angeles and Chicago — characteristic as they are, have achieved a status in popular culture that the world’s greatest spinmaster couldn’t conjure. No country on earth can boast of the unique starpower that American cities claim. It is only in the United States that such ordinary and human places are imagined with such dreampower.

While America itself still manages to put the ‘star’ in ‘star spangled banner’, the country’s music buying habits tell the story of a country that appreciates a wider spectrum of sound, at least when you consider where it comes from. Just recently, Ed Sheeran topped the Billboard charts with his second album x (pronounced ‘Multiply’) seconded by the much buzzed-about fellow Brit Sam Smith with his record In the Lonely Hour. The latter has already been imaginatively dubbed, by virtue of him being British and having a penis, as the “male Adele”.

In some ways though American music and how it’s being consumed is slowly changing. Apart from the unique input of English-speaking countries, much of America’s decreasing dominance can be put down to the natural, incremental change in the developing world. Much of the planet has been brought up on American (or similar Western) musical fare for some time. And it is far from surprising that those conditioned to the chart exports of our version of pop would dream of making similar music but in their culture’s own image. Such music (not to the surprise of most Americans and Westerners) doesn’t sell well back home. Those “non-Western” artists (yes, it’s a very vague term) that want to ply their craft back here only succeed when they comply with our unique brand of pop-music making. And as such blend seamlessly into our pop culture: Shakira embodies this.

South Korean Psy succeeded using his unique formula of catchiness, eccentricity and novelty value. But his failure to retain any lasting appeal is testament to Western culture’s fickle nature and the tremendous luck it still takes to successfully master the US music market.

Foreign forays into US charts shouldn’t provoke any alarm however, music from the nation of apple pie still dominates the main music-listening countries. A report in 2012 entitled ‘Music Crossing Borders’ noted that even in countries where English is not the primary language (including France, Spain, Germany, the Netherlands and others), US repertoire accounted for 30% to 40% of radio airplay and track downloads. Moreover, more than 98 percent of ticket sales for Country artists in 2012 came from shows in the United States and Canada. Seeing as Country holds a unique status as an almost purely American sound – with little to no following elsewhere – any strong showing from the genre helps keep the American music business a homegrown affair.

The United States still remains a dream market for most musicians. I’ve spent all my life in the UK, accustomed to British artists who could fill arenas in every corner of the globe – bar America – and the lack of a Stateside fanbase (for even Canada won’t suffice) seems to eat away at the soul of some of them. Regardless of the fact that they can command the loyalties of people from as far flung as China or Brazil. These passionate little pop-ers still want nothing more than to nestle their head in the bosom of the American music buyer. Somehow seeing their lack of Stateside recognition as a blight on their careers. Ever conscious that still, despite China’s billion, Americans buy more music than any other country on the planet.

Most music artists from other parts of the world still aspire to a place in the national consciousness of the world’s richest nation. And why not? To many it offers a level of success, celebrity and sales that are unparalleled elsewhere. You might sell millions of records in Germany and France (for example) and walk red carpets made of the same fabric, and be shot by the same brand of cameras. But if you were to run anything on the starpower generated by fame in those nations, the results would fall far short of their American equivalent. We might not all nod approvingly of how ‘celebrity’ and ‘glamour’ have wriggled it’s way into every crevice of the industry, but it is precisely this trait that separates music of the Yank-kind so starkly from the rest (sorry Americans, according to Brit custom you’re all Yanks, not just New Englanders. Apologies.)

Ed Sheeran, One Direction and Sam Smith (and even the continuous presence of Coldplay) are not the vanguard of a new ‘British Invasion’ or any other invasion for that matter. Nor do they indicate that my country has become any better at producing great pop music. They are – I predict – the simple side effect of the internet’s never ending influence on music consumption. They’re simply able to find their way into the US market by virtue of British music fans and their activity online. As the second biggest music exporter on the planet, and the world’s second largest ‘English speaking’ country, artists from the UK are uniquely positioned for a place in the US market. Out of almost 200 countries, the UK (despite being just an island plus a little bit of another island — and admittedly not looking like much) is the 22nd most populous country on the planet with a population of 65 million people.

What this means in practice is that British music consumers, given enough collective effort on social media, can register on the American radar. Speaking the same language and using the same social networks, the musical trends of Brits are much more easily able to amalgamate themselves with American ones, than say Thai music trends are. Even Canadians and Australians, for example, who speak mostly the same language would face an infinitely harder challenge in the same scenario, with their numbers dwarfed by the UK and US. The number of Canadians is near half that of the number of Brits (approx. 35 million), despite being the second largest country on the planet by size — mad I know. While the Australians are even less in number (approx. 25 million), despite having a whole sub-continent to call home.

Factor in the reality that the United States houses 320 million people and you can see not only why American music so easily dominates the English speaking world, but also why it rules the rest of the globe too.

It’s simple math. The fact that the internet age (by this I mean some point in the last decade and onwards) has seen a rise in the number of aliens landing in the Stateside charts is mostly predictable. Not the sign of a sudden dwindle in the State’s starshine but more the representation of how we are increasingly interacting with music in different ways that care less (if not a lot less) about national borders. The fact that British names are chief among them should give American music executives even more cause for calm. Unless America demands it’s pop in a drastically different form, or starts speaking another language (considered a possibility by the end of this century in the eyes of many academics) than the music business in America – and it’s charts – will remain what it has always been. Mostly American, and proudly so.