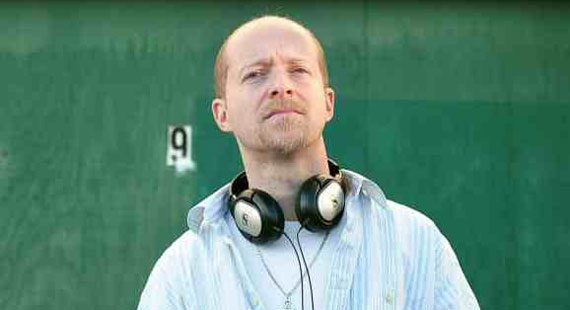 When someone says History most of us aren’t picturing Compton or the Bronx, RUN DMC, Salt N Pepa or anything else related to Hip Hop for that matter. But Sebastian Elkouby certainly does. A Hip Hop enthusiast, blogger and historian of the genre, we asked him — when the genre has never been so big and so brimming with cash — what’s the state of things is in 2014? Seb kindly took some time out to answer a few of our questions, here are his answers.

In 2014, what is Hip Hop’s Legacy?
We first have to define Hip Hop. Hip Hop is a culture consisting of various elements including DJ’ing, MC’ing, Breakin’, Graffiti, Knowledge, etc… which are used to express a variety of ideas. At its core, Hip Hop culture is all about conquering obstacles through art. What is commonly referred to as Hip Hop in the mainstream is far from it. It’s really commercial rap that the average person is talking about, not Hip Hop culture. So to answer your question, Hip Hop’s legacy in 2014 is great because the true culture is alive and well and is empowering people all around the world like never before. On the other hand, if your question is more about commercial rap’s legacy, then I would say that’s it mostly a joke that people are getting tired of.

In your opinion, at what point did Hip Hop go from a niche interest to a mainstream cultural force?
In my opinion, Hip Hop became a cultural force when it left the Bronx and started spreading throughout the world. Rapper’s Delight had a lot to do with that as well as the Zulu Nation and a lot of the pioneers of Hip Hop. Commercial rap became a mainstream force when “gangsta rap” hit the mainstream in the early 90’s (Snoop has a lot to do with it), and then really grew into a greater force in the late 90’s.

Is Hip Hop taken as seriously as it should be?
The mainstream populace doesn’t really know about the essence of Hip Hop culture and confuses it with commercial rap so it isn’t taken seriously like it should be. When one is educated about the culture, which is something I do quite often, they develop an appreciation for the creativity and genius of the culture and its elements. At that point, Hip Hop is taken seriously. After all, how could it not when this amazing art form came from almost nothing at all.

Is Hip Hop’s place in history secure? Or is there an effort (do you think) for it to be sidelined?
Hip Hop’s place is secure but not necessarily for the right reasons depending on who’s responsible for documenting it. While we Hip Hop historians care about its place in the world and do a great job of preserving its spirit, there are some who use “Hip Hop” as a way to promote a certain agenda. At the end of the day, those who write history have the power to interpret it in a manner that either celebrates it or denigrates it. So some of us are in a figurative war with those who try to distort it.

Are there any instances where Hip Hop History is being taken seriously/given due respect/accorded value?
Sure. Hip Hop culture is taught in some universities, written about in American history books, and accurately documented via books and documentaries.

Will Hip Hop still be a powerful pop-culture force in years to come? Why?
Hip Hop wasn’t meant to be pop culture, commercial rap was. Hip Hop isn’t going away anytime soon and will continue to inspire and empower youth from France and the U.S. to Iraq and Kenya because it speaks to those whose true voice has been marginalized. Commercial rap’s popularity will probably fade out once the industry finds something else more effective to sell products and mold public opinion.

Catch more of Seb’s Hip Hop wisdom at his Twitter @SebIsHipHop or visit his blog here.