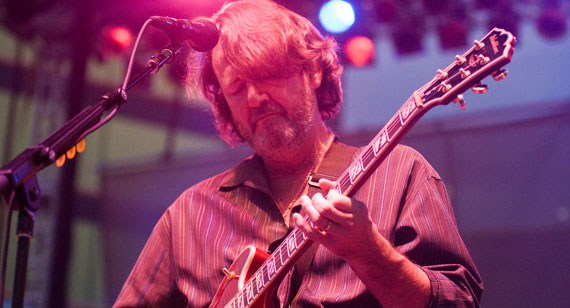 The Widespread Panic (the band, not the phenomenon) have just announced the dates for their upcoming 2014 tour, which will end with two three night residencies at the famed Red Rocks and Las Vegas.

The 2014 Summer Tour begins at The Riverbend Festival in Chattanooga, Tennessee before heading to the Northeast making stops in Boston on June 13th and Philadelphia on June 14th along the way, where Galactic will share the stage performing 60 minute sets to open the shows.

Galactic will also join the band in Lincoln, Nebraska on June 24th and Kansas City on June 25th.  On June 21st, Widespread Panic will headline an event in Somerset, Wisconsin, which will include performances by Galactic, Conspirator, Jerry Joseph and others.

Tedeschi Trucks Band and Jerry Joseph will also join Panic for an evening on June 20th.

The band have also confirmed the guests for their three-night Las Vegas run. The band will be supported by Greensky Bluegrass on July 2nd, while Karl Denson’s Tiny Universe will open join on July 3rd and the Dirty Dozen Brass Band opens on July 4th.

Widespread Panic currently holds the attendance record for most consecutive sold out shows at Red Rocks Amphitheatre with 42. The tour closes with a show at Quincy, California’s High Sierra Music Festival on July 6th.

Widespread Panic have just released the 22nd and 23rd installments of their Porch Songs Live Archives Series, which picks up with the band near the end of their 2000 Fall Tour with a two-night run in Memphis at the Mid-South Coliseum, which boasts “Vacation”, “Sleeping Man” “Let It Rock” and “Ain’t Life Grand” encores.